By: admin
In: Новости
With: 0 Comments 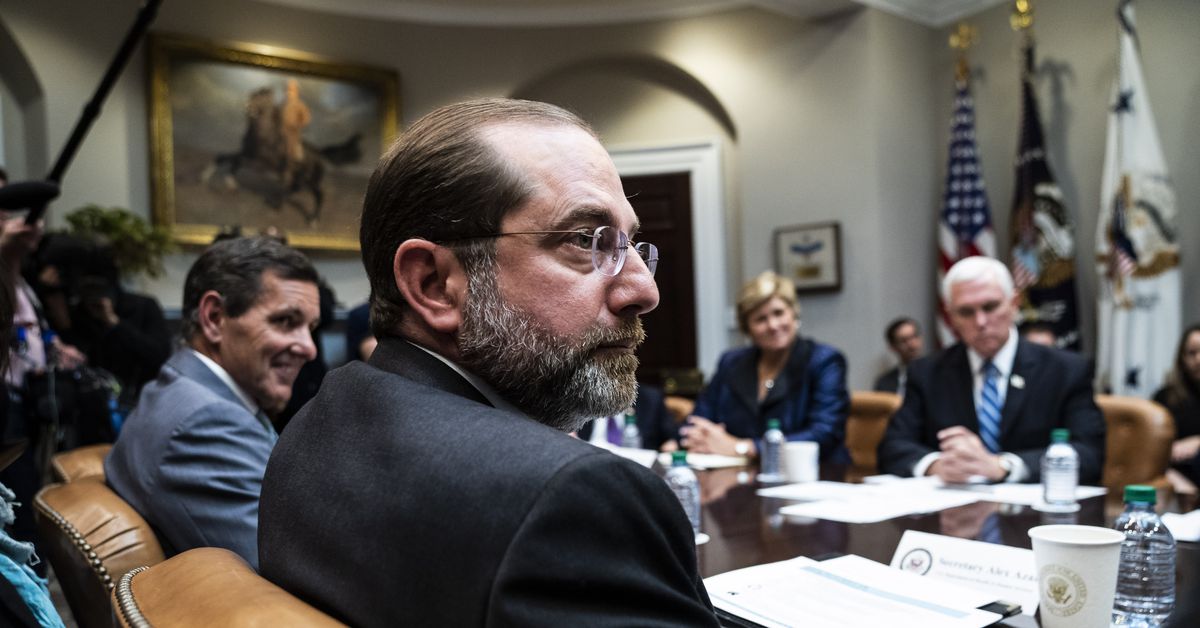 Health and Human Services Secretary Alex Azar spoke in optimistic terms about quickly reopening the US economy on CNN Sunday. And he did so while downplaying the severity of the coronavirus fatality rate nationally, seeming to suggest that demographics — rather than policy choices — are behind confirmed US coronavirus-related deaths approaching 90,000.

But his positive gloss on the administration’s coronavirus response appears to be at odds with recent polling indicating that an overwhelming majority of Americans — including those who have lost their jobs or taken pay cuts due to stay-at-home measures — are concerned that states will lift social distancing restrictions too quickly.

In an interview with CNN’s Jake Tapper, Azar said, “Thanks to the president’s historic response efforts here …. we are in a position to be able to reopen now.”

“We have got to get this economy and our people out and about, working, going to school again, because there are serious health consequences to what we’ve been going through,” he said.

However, his confidence about a swift return to normalcy — and the ability of state and local leaders to oversee that process competently — is not shared by most of the American public. A Pew Research Center poll taken from April 25 to May 5 (with a 1.4 percentage point margin of error) shows that 68 percent of all adults are concerned state governments will lift stay-at-home restrictions too quickly.

Strikingly, even among people who have been laid off or have taken a pay cut, the percentage of people with that concern is identical — 68 percent — which indicates concerns about the virus are serious even among those facing direct economic consequences from the coronavirus-spurred recession. (Among those who had not been laid off or taken a pay cut, the percentage concerned was one point higher: 69 percent.)

These results also suggest it’s not just government shutdowns of businesses that are keeping people home and away from businesses, but fear of the virus itself.

Azar also answered questions from Tapper about the fatality rate in an eyebrow-raising manner, suggesting that communities of color are a key reason that the US has the highest number of reported casualties from coronavirus in the world.

When Tapper initially asked Azar to explain why the virus is “worse for us than it is for anyone else,” referring to the number of Americans who are dead, Azar first responded by pointing out that the US’s mortality rate as a percentage of reported cases was not exceptionally high.

HHS Secretary Alex Azar says that the high number coronavirus mortalities in the United States is due to “greater risk profiles,” in certain communities and says the American response to the virus has been “historic” #CNNSOTU pic.twitter.com/0plz9pWekO

But when Tapper pressed him further, and emphasized that the overall number of deaths in the US is the highest in the world, Azar said this could be explained by ethnic demographics.

“That is an unfortunate legacy in our health care system that we certainly do need to address,” Azar added.

Azar is right that public health inequities are contributing to disproportionate casualties among communities of color. But pointing to that as the primary reason the US has surpassed every other country in the world in terms of coronavirus-related deaths is a troubling dodge: it seems to imply that racial minorities are to blame for their deaths rather than the federal government.

The more immediate and larger explanation for the US’s exceptional number of deaths is the disorganized and anti-scientific response by the federal government to the pandemic.

But even setting that aside, the fact that many communities of color do have worse health outcomes is a function of longstanding socioeconomic marginalization and uneven access to nutrition, health care, and a healthy environment. In other words, Azar’s formulation could be flipped: it’s not people of color driving up America’s casualties, but America that is driving up people of color’s casualties.